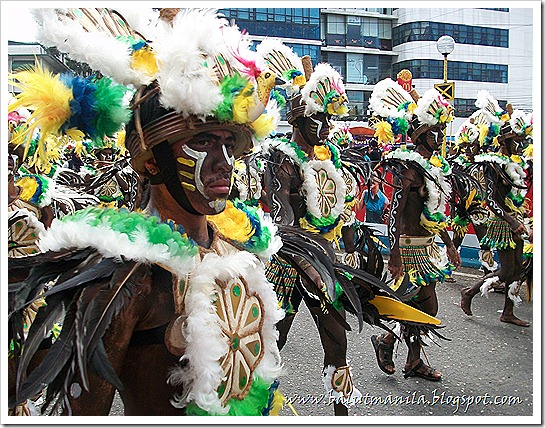 I prefer to be in the streets to get the “feel” of the Dinagyang Ati Parade and Competition, rather than have a ticket and be seated in any judging area where the competing tribes will be performing. For me, the seats are for the judges and the full video coverage are for the professionals.  I want the streets where the scenes are real and not choreographed.

Braving the blocked roads and the sun-burning weather that climactic Sunday of this year’s (2012) Dinagyang festival, I witnessed and captured the Dinagyang scenes that you can find only in the streets of Iloilo, Philippines.

I watched in awe each tribe arrived at the Sports Complex at La Paz, Iloilo City wherein the first judging (main) area will be done.  The first question that came into my mind was, how much is the coveted cash price?  Eventually, I learned that it is “not that big”, not even enough to cover the expenses of the props or the participants’ talent fees if you pay them individually.  Geez! this is what you call passion and dedication. It’s totally for the love of the Dinagyang spirit.  Hala Bira Iloilo! 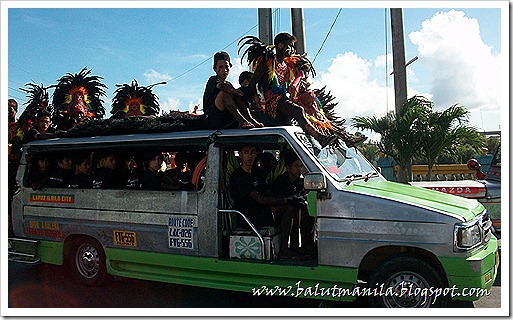 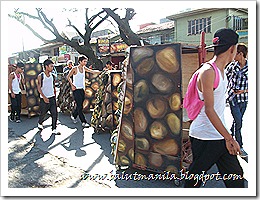 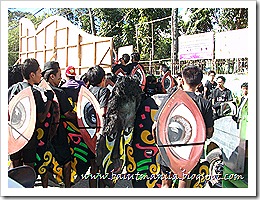 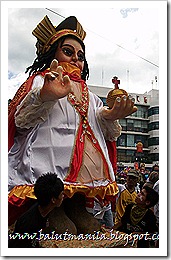 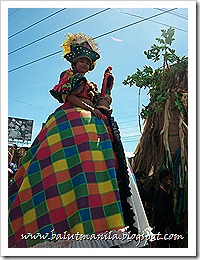 The giant bird, one of the props of the winning tribe Pan-ay. 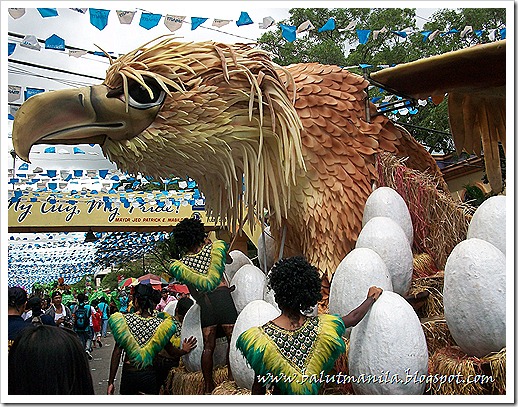 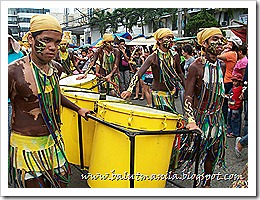 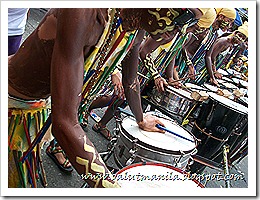 The participating tribes will assemble and do their first performance at the first and main judging area at the Sports Complex in La-Paz, Iloilo.  They then will be parading to the next three judging areas on foot and perform in the same performance level they did from the first:
Judging Area #2 Front of St. Clements Church - Lapaz, Iloilo
Judging Area #3 Front of DOT R6 Office - Bonifacio Drive (near Museo Iloilo)
Judging Area #4 Freedom Grandstand - FINAL JUDGING AREA

In spite of the blazing hot sun the participants are at their best in performance and on parade. 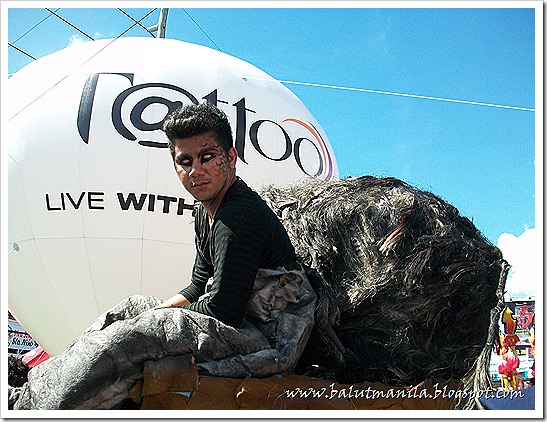 I was told by the locals that it’s not about the winning price, it’s all about passion and pride of making the Dinagyang a world’s best festival.

The defending champion Tribu Pan-ay once again declared champion for this year’s Dinagyang Ati Tribe competition.  They also bagged several awards such as Best in Costume / Best in Designer, Best in Music / Best in Musical Director, Best Choreographer.  Here’s a video of their goose bump-causing performance. 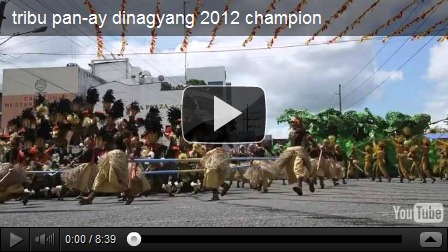 Later I was joined by my “own tribe” and we had the real Dinagyang fever of street dancing and mingling with the accommodating members of the performing tribes who adorned the Dinagyang streets with awesome perfectness. 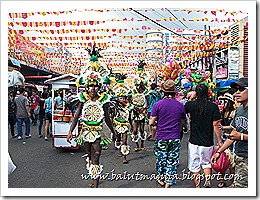 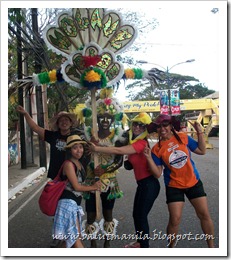