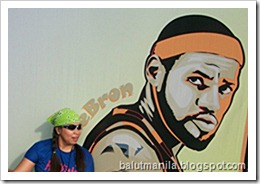 Did I just say that I’m a big NBA fan? Obviously I am, cause here I go writing another post after the LINsanity - Jeremy Lin article.  And another obvious thing and more apt to say is that I’m a Lebronista! As to why – I just simply like how this guy play basketball.  But I do like a lot of NBA players including Kobe, KD, Blake Griffin, Chris Paul and some favorites in each team.

That’s why that post about Lin is kind of late.  I’ve been wanting to write something about the phenomenal Linsanity much earlier but, I wanted to see first Lin play against Lebron James/Miami Heat.  After Lin’s  spectacular play against Kobe/LA Lakers and Nowitzki/ Dallas Mavericks where he stole the lime lights from the superstars, everybody is as intrigued as I am to see how he would play versus the team that basketball fans love to hate – the Miami Heat.

Miami Heat lead by the the Big Three with their spectacular team play exhibition stopped Linderella to shine at the American Airlines Arena.  I’m sure they are now referred to by the Miami haters as the “wicked aunt and her two daughters” (LOL).  But in reality, Knicks/Lin’s game against Miami Heat only proves that even the phenomenal kid can also have a bad game day.   If you ask about my two cents worth of personal opinion, the kid just got star struck.

No worry though, as the NBA people made sure that Jeremy Lin will be a part of the much awaited NBA All Star Weekend.  Lin was added along with Heat rookie Norris Cole last week. A late addition  to Friday's Rising Stars Challenge between first and second-year players. Lin's emergence came after the 18-player roster for the game had been announced.. Kind of remind me of Blake Griffin playing alongside Kobe in the West team during the 2011 All Star Weekend.

So the NBA All Star Weekend 2012 is happening in Orlando and the good news to Philippine fans is that it will be aired live on Studio 23 free television this weekend with the following schedules:
The 2012 NBA All-Star will also be available on cable channels. Here are the rosters on some of the exciting events:

Now I’m not too sure if I could have some writings this weekend. I’m “all star-struck”!