By Balut May 11, 2012
This is the second installment from my previous post, Water Parks Within and Nearby Metro Manila, Philippines.  Amana Water park - the venue of my two “Sunday Quote and Photograph” guessing game posts: 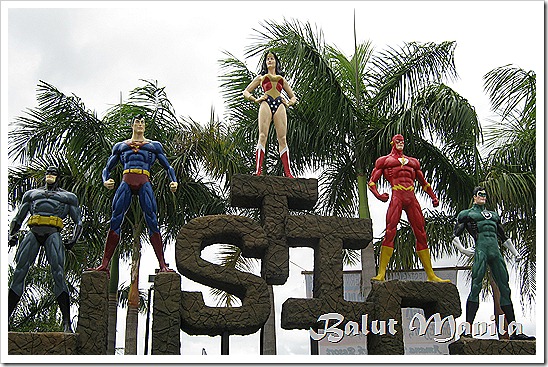 2. The pool of people – King Kong is at the front end of the pool where the giant waves are coming from.

This is the main attraction in Amana Waterpark, the 3,500 sq meters wave-pool that produces the biggest (Diamond) wave.  Claimed to be the biggest wave pool in the Philippines that offers 13 different magnificent gigantic kinds of wave. 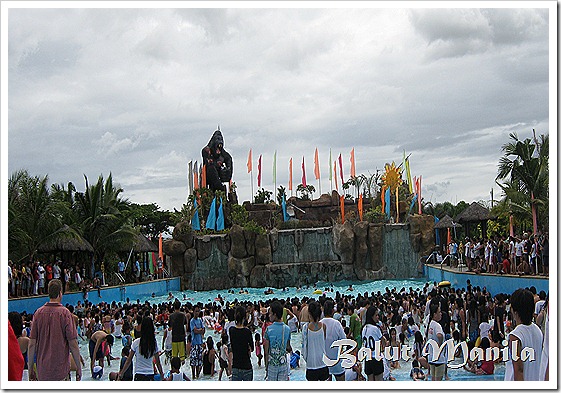 The other main attraction is the (over 100) life-size characters scattered all over the resort.  They also offer horse back riding, picnic grove, souvenir shop and cottages made from local materials.  Their website says a Zipline is opening soon.

If it wasn’t for the great photo opportunity with the different life-size characters, our summer memories at Amana Waterpark will be remembered as a “not so fun” experience.

The first thing we noticed during our visit is that the resort is not yet totally finished.  The walkways and  parking areas are still dusty roads.  Most dressing rooms. shower rooms and toilets still lack the necessities.

The Hulk – he’s just around the parking area. 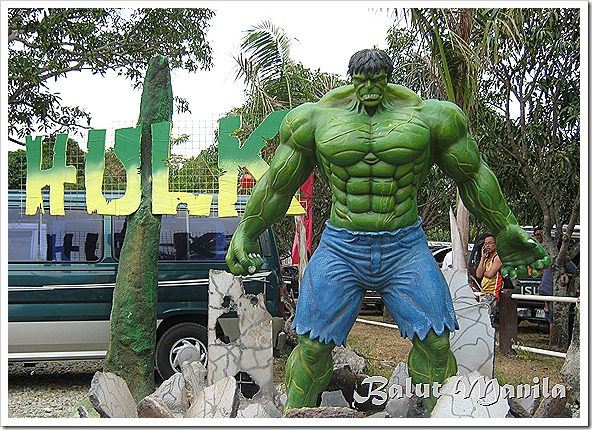 We were unlucky to visit Amana Waterpark in the summer of 2011, during the week when they were currently having massive television campaign. I assumed their campaign was such a huge success because there were so much visitors during our visit. It was way too over crowded that they need to stop accepting visitors. They also failed to satisfactorily addressed the visitors needs and concerns.  It was chaotic in the cashier's area.

Darth Vader, Jar Jar Binks and a smaller King Kong version standing nearby the cashier’s area.
I almost memorized the scratches and marks of their structures because we waited too long in this area.  We were early but I guess the local people in the area came earlier than us.  The line at the payment/registration is too long and when it’s our turn, there’s no more available cottage. 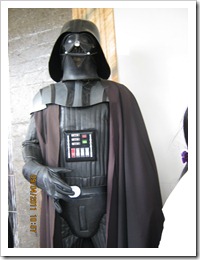 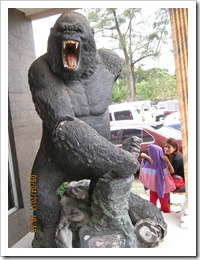 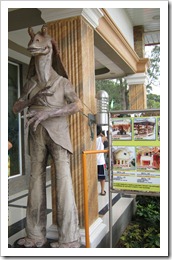 For several times we were given choices of the available cottages just to be cancelled later telling us that it is no longer available.  In the end, we were provided with a collapsible umbrella as our cottage in a not so pleasing location with a not so pleasing smell in the air.  Also, the umbrella itself is dirty that we need to call a resort crew to clean it first.  The collapsible cottage umbrella comes with two free chairs only and we need to pay every piece of extra chair aside from the cottage umbrella.  Our group is composed of  fifteen people so the total we paid for this uncomfortable cottage is almost equivalent to one decent cottage. 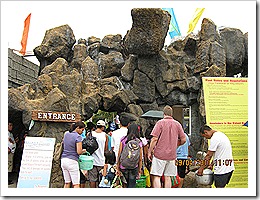 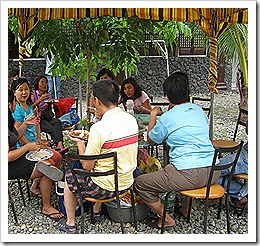 The cave-like main entrance is supposed to be amusing but it failed to amuse us because of the hassle we experienced in the cashier/registration area.
We didn’t try the big pool with the giant waves.  There were so many people and we felt that it will only further “annoy” than freshen us.  We just took lots of photos in the big pool with King Kong.  But they do have Jacuzzi style and kiddie pools with sprinklers. 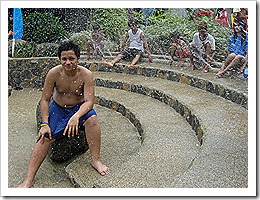 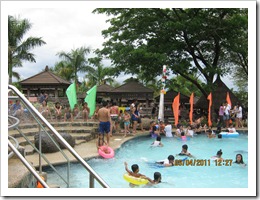 Shrek and Family.  One of the cutest life-size characters located near the kiddie pool. Behind this is their home where visitors are allowed to touch the huge Ogre household items. 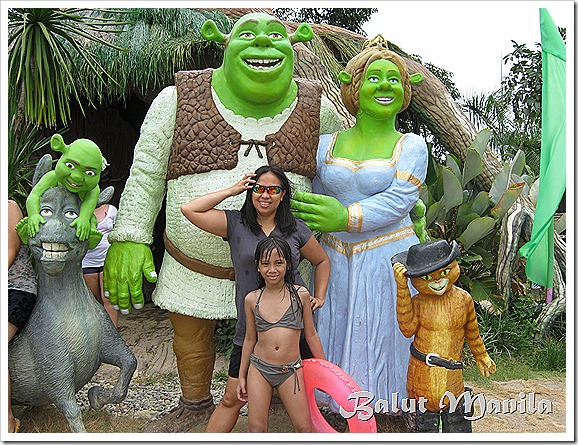 Since our “cottage” is so uncomfortable and the pools are too crowded, we decided to pack our things early and put them safe in the car, then spend the rest of the day exploring the resort.  The life size characters scattered all over the wide resort is entertaining. At least it erased the not so pleasing experience that welcomed us in the resort.

Most of the routes are grassy and still under developed but at least it adds to the exploration thrill. 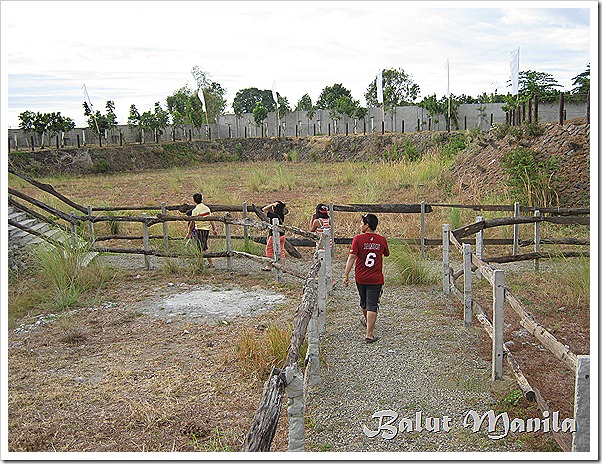 I like the concept of this water park.  The owner may have something specific in mind but not yet fully executed during our visit.  One friend from this group of friends of mine suggested this water park because it was in the news at that time.  We want to entertain two “balikbayan”  friends who were both on a hectic vacation schedule.  We have no option for other days for this sort of reunion.

I am sharing some photos individually, then some of the other photos are in the album at the end of this post.

One of my vacationing friend Elvie with the Madagascar Characters 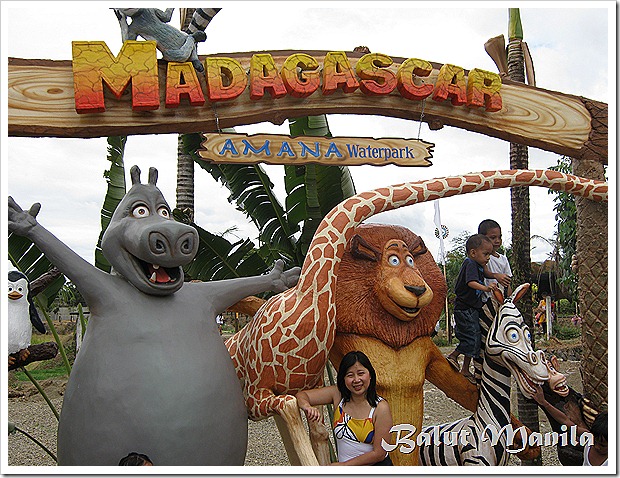 My big boy captured by King Kong while the whole gang screams in the next photo.

This is far above from the wave pool shot.  See the (steep) ladder at the back of King Kong? That is where my boy climbed to reach King Kong to have his photo taken as if he was a capture. 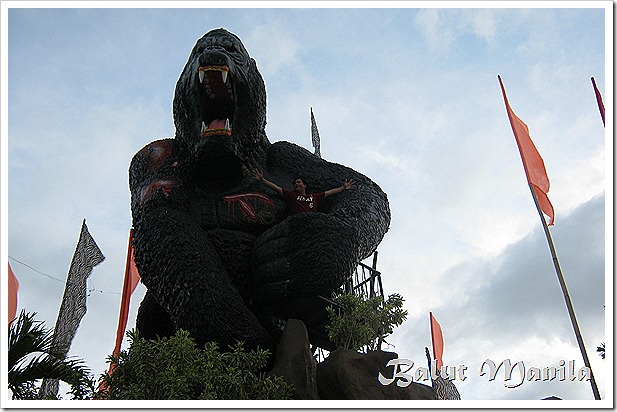 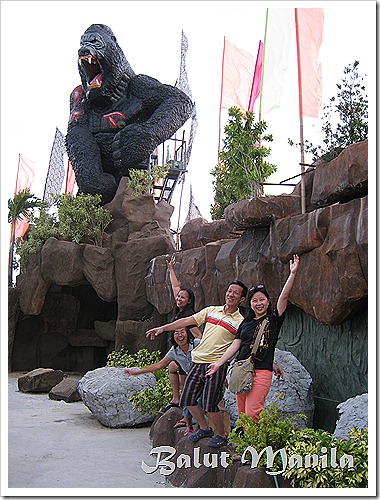 My boy this time with Jack Sparrow (Johny Depp) , The Thing and Gandalf 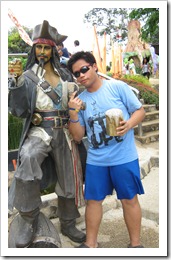 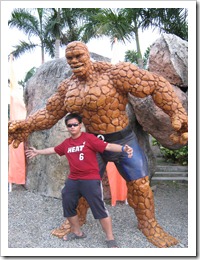 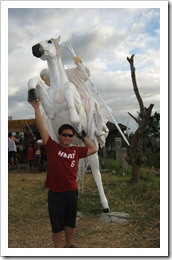 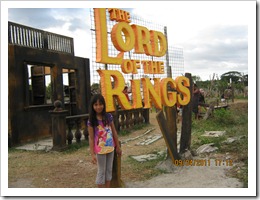 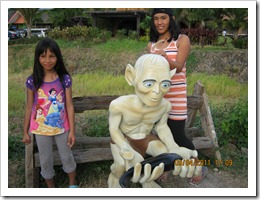 Elvie with Marilyn Monroe and the big boy with Elvis 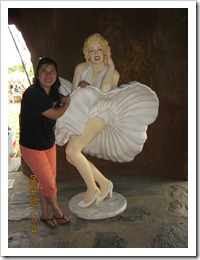 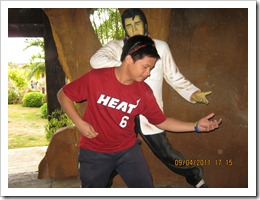 The gang with the Dragonball Z gang 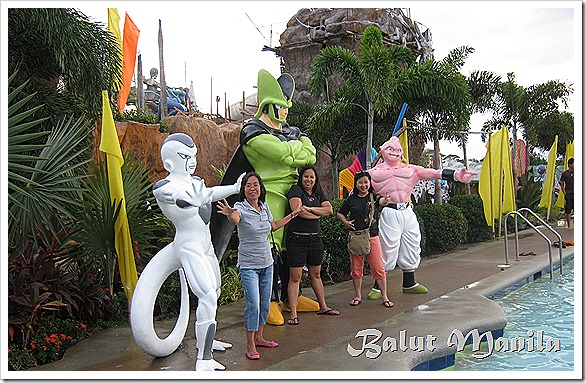 More photos and the larger version of the small photos on this album.