The Bourne Identity is in. The Blogger is Out.

I am counting the passing of the month by marking what was my activity during the weekends so as far as I can remember I was watching the Azkals Sendong Charity Game Dili Kamo Nag-iisa during the first Saturday of January, and I am sure that it was just few days after the holiday specifically considering how the Azkals team (Azkals Alyansa) played against CF Internacional de Madrid.  They seem to haven't shaken off their holiday blues.  After the game, I was confuse on whose team has celebrity players?  Aside from the obvious fact that CF Madrid’s team are excellent football players, they won the hearts of the football fans with their charm.  They patiently rounded the whole stadium waving, talking and communicating with the fans with their sincere smiles plastered on their oh soo good looking faces :) 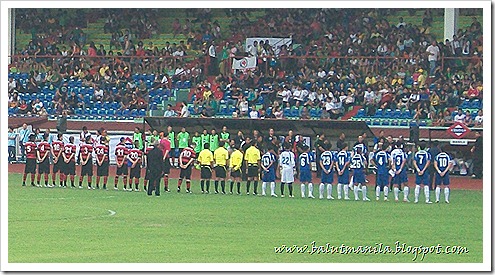 Anyways back to that Saturday, before I knew it I found myself caught up on a Monday traffic catching a flight for an out of schedule / out of town trip. While the procession of the Black Nazarene is not moving somewhere along it’s processional direction, I am trapped and not moving as well in the EDSA traffic on my way to the airport.  As the devotees pray for miracle from the Black Nazarene, I had my miracle freeing from that horrendous EDSA traffic and able to catch my flight.

The Black Nazarene procession I found out from the news later, took 22 hours to finish and it is said to be the longest procession ever in the history of this annual tradition.

As I was enjoying my “buko halo halo” so far away from Manila, I learned from the news that the The Bourne Identity cast has started shooting in Manila! Oh no! A little birdie told me that shooting will start by mid-January not now!  I want to personally watch that movie shooting and blog about it. It’s on my list! 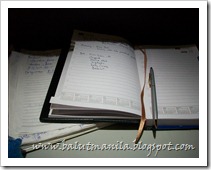 The cast who’s now in the Philippines are movie leads Jeremy Renner, Rachel Weisz and Edward Norton.  There’s also a rumor that Rachel Weisz James Bond husband Daniel Craig will also be coming over to visit his wife.

David Archuleta is coming in also while the Scottish pop group Simple Minds is done with their concert.

Geez they’re flocking in while the blogger is out!