By Balut January 15, 2014
I consider Iloilo as my third home.  I fell in love with this city not only because I love the person who brought me there but also because the Ilonggos are such lovable and sweet people.

Let me fulfill my promise to make a series of posts labeled as “When In Iloilo” (something similar to my “When in Cebu” posts).  Starting today is the perfect time to start this series while this beautiful city is gearing for their annual grand festival – Dinagyang Festival. 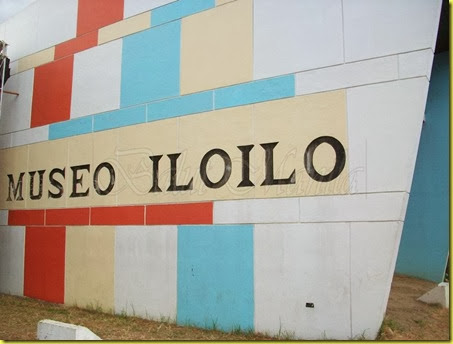 For sure tourists, adventure seekers and travelers will flock the city of Iloilo in the third week of January or during the climactic weekend of the Dinagyang Festival.  I will give you a tour and a taste of all the delicious Ilonggo food through this blog.   Meanwhile let me share to you some of the amusing terms that I consider as a “must know” to someone who will be be visiting the city.

1. “Sa lugar lang”
In Manila when we want to stop the jeepney driver we usually shout the word “PARA!!!” sounding with triple exclamation point (LOL).   Or sometime we say “Manong sa tabi lang”.  In Iloilo you should say…
“Sa lugar lang” in a sweet and “sing-song” tone unlike the way we say it in Manila that you need to shout the word

In one incident that I got bored waiting for my fetch way back home after a quick buy from a department store that is one ride away, I took the jeepney for a ride back home.  I can’t make myself to say “Sa lugar lang” and I ended up making an abrupt “Pssst!” to the driver.  Everyone in the jeepney were looking at me with different (but not nice) look on their faces.  I jumped off the jeepney in a hurry without looking back (LOL).

2. “Ismagol”
One time I was wondering why my “ex-boyfriend’s”  family were arguing at the doorstep about “smuggling”.  I confronted my ex-boyfriend afterwards what was that “smuggling” about.  It turned out that they were just identifying who owns each slippers at the doorstep.  Yeah! they call slippers “ismagol”.

When I’m back in Manila I kept saying (and laughing) at this term for more than a month ha ha.

3. Tinis (Tennis)
Iloggos call their sneakers or rubber shoes “tinis” – in reference to tennis shoes.  I first heard this from my ex-boyfriend’s mom so I won’t share the story ha ha.

4. Ginamos
“Ginamos” in Tagalog means something like “to crumple” (or ginusot). So when my ex-boyfriend candidly mentioned to his family that I love “ginamos”.  I was wondering “What did I crumple?”

It turned out “ginamos” is how they called the shrimp paste (bagoong na alamang).  And their “bagoong” looks different.  It looks like the corned beef being sold in the supermarket per kilo.

5. Salapi
One time that I went to photocopy a document and I asked how much per copy was. The person in-charge asked me “Salapi?”.  And I asked back “how much?”.  We had at least three rounds of question and answer portion of “how much” and “salapi” until an obvious “Ilonggo/Manila guy” explained to me “Miss she meant 50 centavos per copy”. LOL!

So “salapi” means 50 cents.  Well as for me “salapi” means a “huge amount of money (as in “limpak-limpak na salapi") so I thought she was just asking me if I have money to pay. LOL

Again this will be a series of posts about Iloilo and I might remember some more amusing terms that I can share with you so hang around here.

By the way that “ex-boyfriend in the story who brought me in Iloilo is now my awesome hubby – sweet!