28/365: When In Iloilo: The Jaro Cathedral, The Jaro Belfry and Nuestra Seňora dela Candelaria

By Balut January 30, 2014
Your Iloilo trip is not complete unless you experienced the 3Cs!

The Cathedral
The Campanario
The Candelaria
THE CATHEDRAL

This cathedral is the first church I visited in Iloilo City during my first trip some ten more years back. Thus I am wondering why I don’t have a photograph of this church that I purposely took.  Most of the photographs on this post were randomly taken by my hubby while we roam around the church vicinity.  I might have one from my old photographs (prints) probably taken when digital is not yet in.  I’m planning to take a look at these old photographs one time and compare it to these new ones.


The Jaro (Metropolitan) Cathedral is also knows as the National Shrine of Our Lady of the Candles.  It is the cathedral for the Roman Catholic Archdiocese of Jaro is under the original patronage of Saint Elizabeth of Hungary.  It is located in Jaro Plaza, Iloilo City Philippines.  The shrine is constructed of Romanesque revival architecture. (Source: Wikipedia) 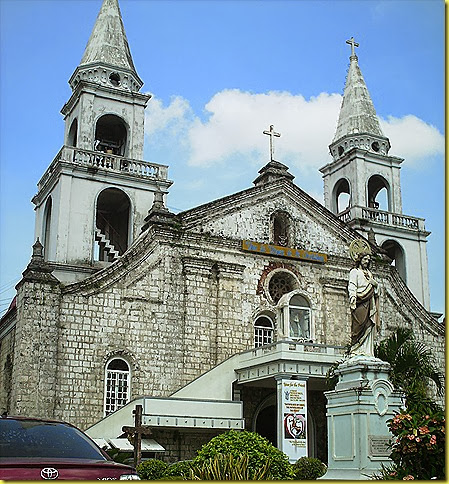 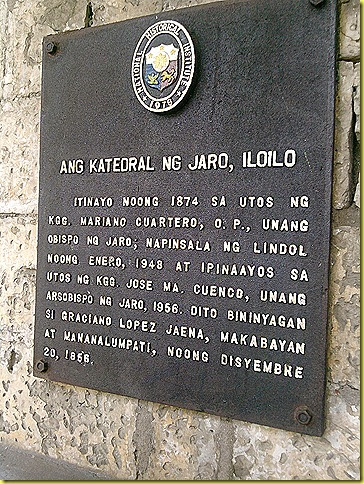 The bell tower or belfry is one of the most important part of a Catholic church.   It houses the bells which toll the hours such as the angelus and it also call the people to mass.   During the Spanish times the “campanario” (belfry) also served as watch tower against invaders – the Jaro belfry served as one.

However most belfries are typically built next to their churches unlike the Jaro Belfry - it is located across the street at the heart of the Jaro plaza.  The reason is that  this belfry was originally built adjacent to a church but an earthquake destroyed the church and the tower was left.

I also gathered from several research and heard from the old people from Jaro that the original belfry has life size statues that stood in every corner of the belfry.  There was also a huge clock.  Both statues and the huge clock were not restored when renovations are done in the 80’s.


The Jaro belfry is made of bricks and limestone blocks that was built around 1744.  It was a three-story tower 29 meters high.  On July 1877, the “campanario” was heavily damaged by a strong earthquake.  Reconstruction only began in 1833 under the supervision of an Augustinian friar, Fr. Jesse Alvarez.  Records show that between 1933-1881, another earthquake damaged this belfry. Msgr. Mariano Cuartero, the first bishop of Jaro, had this completely restored in 1881. However, the Jaro belfry suffered its third major destruction on January 25, 1948, when the earthquake named Lady Caycay swept through the entire Panay region. (Source: Wikipedia)

My next goal is to conquer this bell tower.
(Photo taken while roaming around the plaza on board a moving car) 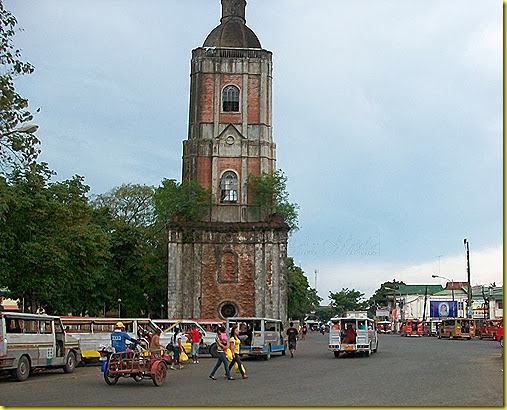 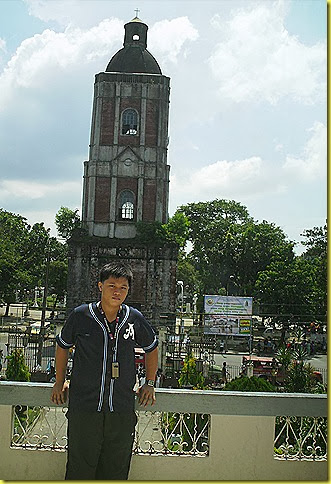 Another unique feature of the Jaro Cathedral is the stairs attached to the front façade of the church over the main entrance.  This stairs lead to the shrine of Our Lady of the Candles (Nuestra Seňora dela Candelaria). 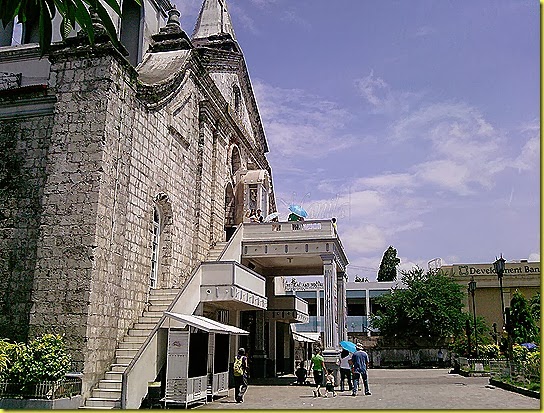 
Filipino folktale recounts the statue's first appearance in 1587, where a group of fishermen found the statue floating in the Iloilo river yet could not lift it due to its heavy weight. Upon the decision of the fishermen to bring it to Jaro, the image became bearable to carry. In 1865, Jaro became an official diocese and a cathedral was constructed under the patronage of Saint Elizabeth of Hungary.
The statue of the Virgin Mary and baby Jesus had been recorded to grow in size through the ages. The statue had been placed at a small niche near the apex of the Church's middle spire, but as time passed by, the statue grew so large that it had to be relocated to the Church's balcony. Pope John Paul II personally crowned the Marian statue during his visit to Iloilo. Its the first and only Marian statue in the Philippines, personally crowned by a Pope (and a future saint). (Source: Wikipedia)

It’s quite challenging to take photo of the image of “Our Lady”.  There are usually people near/at the front of the image.   The sun was shining against the image when I had the chance to take photos thus the quality of this photo is not that good. 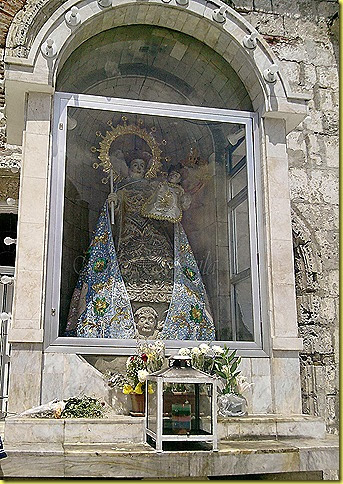 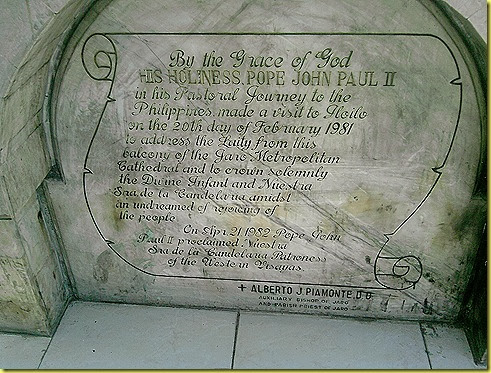 By Balut May 22, 2012
We all enjoyed my previous guessing game fun here even without prices at stake and I really thank you all for that!  You are all truly awesome.  Now it's time to move to another level of fun and this time there will be prices at stake!  Welcome to my first ever giveaway hosting, please join the fun and excitement! Summer or not we definitely need that daily eye protection.  I’m sure everyone is continuously looking for that comfortable, fashionable but affordable pair of sunglasses.  You need not look further because right here is your chance to win one perfect pair of sunglasses that you are looking for! The world’s most popular online eyeglass store, Firmoo.com together with my two blogs, Balut Manila and Run! and Keep on Running is giving away TEN (10) eyeglasses! Yep you read it right TEN it is! Before we go to the mechanic details let me give you a gist as to where your prices will be coming from.  My awesome sponsor, Firmoo.com is the emerging global online optic
80 comments
Read more