”Ma’am do you have coins?”  This has been a “regular question” from almost all the cashiers of different establishments while paying our purchase which I think  became “habitual” for them to ask every buyer.  So habitual that I myself began to ask “Where have all the coins gone?”

I just wish this would be resolved after this event wherein once again proves that “Bayanihan” is still very much alive among Filipinos.


EVENT: "Barya ng mga Bayani: The Power of Small Change."
ORGANIZER: The BSP Officers' Club and Employees Association and the Kabayanihan Foundation
OBJECTIVE:
1. To promote awareness among Filipinos of the importance of coins and to get the coins back in circulation.
2. To start raising funds to help build classrooms for public elementary schools.
3. To unify Filipinos by using the means of working to break a world record.

I personally went to Quirino Grandstand in the early morning of the second day of the event (December 1st) to witness the coin-gathering and-laying out event.  It was around 8:00 AM and the volunteers were just starting to arrive.  They are mostly students from various schools.  There are individual volunteers also and some of them brought their own coins and donated to the organizers.

I was blown away by the sight of the “sea of coins” chained together in the longest chain of coins I ever saw. 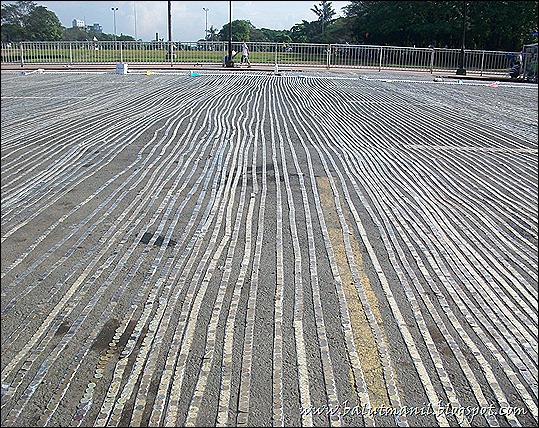 It was just four kilometers by the time I was there but still, it is a beautiful and an overwhelming sight! 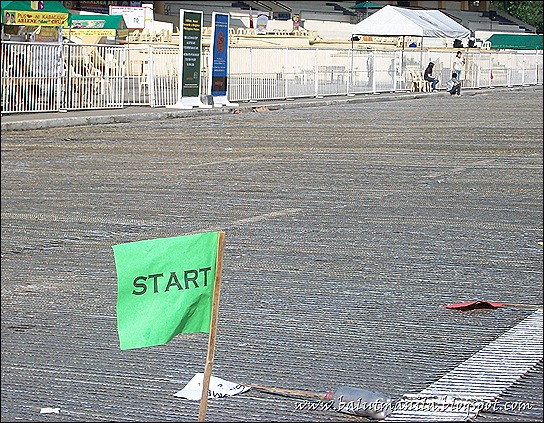 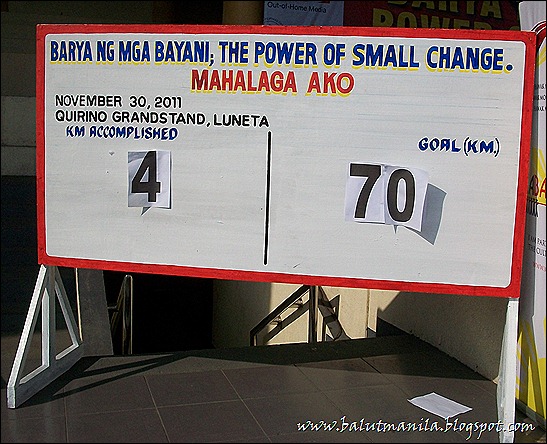 But it is more overwhelming later in the day when the "bayanihan” proves to be more stronger.  Filipinos from all walks of life came to Quirino Grandstand braving the traffic to bring their 25 centavo donations and volunteer to string the coins by themselves. Volunteers lead by the Kabayanihan brigade attached the coins to plastic tapes to ensure the straightness of the coin chain.  It was supported by the contingents from the Philippine Army, the Philippine National Police, and the Philippine Navy.  They provided the security and also helped the volunteers in straightening the coins and measure the distance between lines to ensure maximum distance.

By the end of the day, the Philippines believes it has broken the Guinness World Record for having laid out the longest line of coins in the same denomination, when it completed a 73.02-kilometer line of 25-centavo coins. The previous record was 64.88 km held by the United States.  "The Power of Small Change,” said 3.651 million 25-centavo coins were used to make the 73-km stretch.

Video and other types of documentation will be submitted to the Guinness World Record office in London.  While we have yet to receive a final and official nod from the Guinness World Records, for Filipinos it is already an unprecedented success.  The fact that we were able to complete 73.02 kilometers of 25-centavo coins in less than two days is an achievement in itself.


I attached some more photos of the event in the the album below.  Meanwhile, if those cashiers ask you their “famous question”, you know how to answer them.